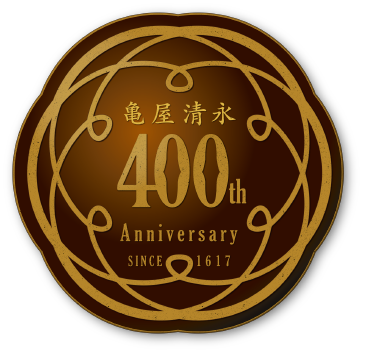 ◆Written date of expiration is a rough estimate. ◆Please make sure the product is within the “best before date” labeled on each product in advance of eating.

1000 year-Kashi (treats for 1000 years)
In the Nara period, Kentoushi (a Japanese envoy to China) brought Tou-gashi (Chinese treats),
called “Karakudamono,” into Japan along with Buddhism. Eight kinds of Tou-gashi,
fourteen kinds of Kahei and their manufacturing method were introduced into Japan.
They were used as an offering for Tantric Buddhism, such as Tendai and Shingon.
At that time, Tou-gashi was given only to the noble people and the common people could not eat it. 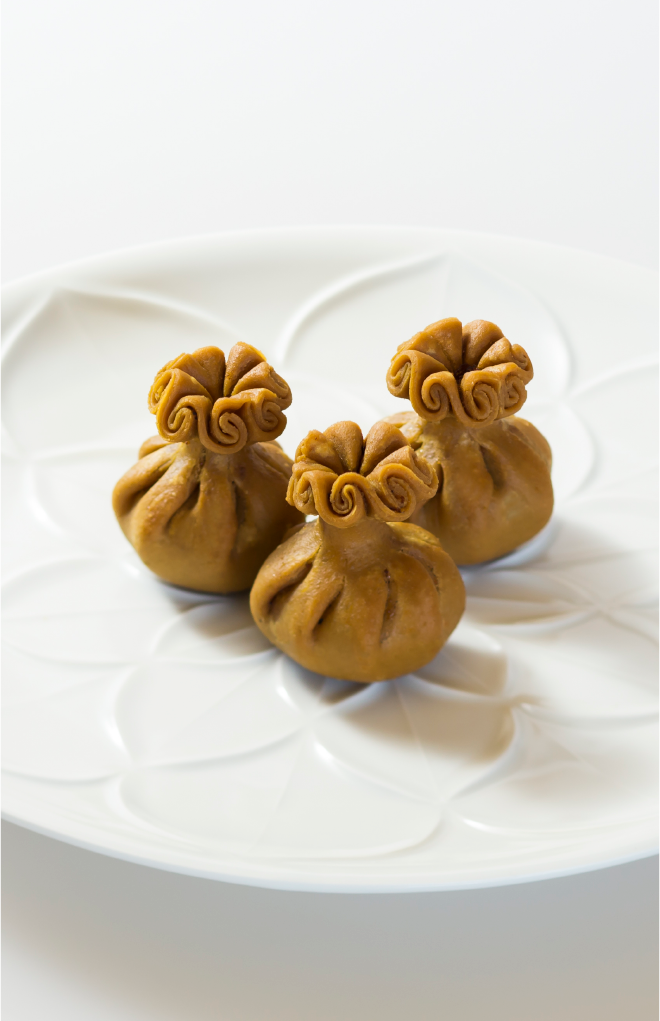 A kind of Tou-gashi, “Danki,” was brought in the Nara period. It is called “Odan” for short.
Among a lot of kinds of Kyo-gashi (Kyoto-style treat), this is the only one which has kept the same shape from 1000 years ago. We can’t talk about a history of Wa-gashi (Japanese treat) without “Seijo-kankidan.” Kameyakiyonaga is the only Wa-gashi facility that makes this Kashi (treat).

Seven kinds of scents that represent cleansing are kneaded into “Koshi-an” (smooth adzuki bean paste) and the Koshi-an is wrapped with a dough made with rice powder and flour. The dough is shaped like a moneybag, closed with eight knots that represent a lotus flower with eight leaves and deep-fried with high quality sesame oil.

When the Tou-gashi was brought to Japan, ingredients such as chestnuts, persimmons and apricots were seasoned with the herbs Kanzou and Amadzura. After the middle of the Edo period, adzuki bean pastes began to be used.

Kameyakiyonaga learned the secret method from high ranked monks in the Hiei mountain and make the treat mainly on the first and the fifteenth day of a month. Needless to say, we still devote ourselves to making and supplying them. 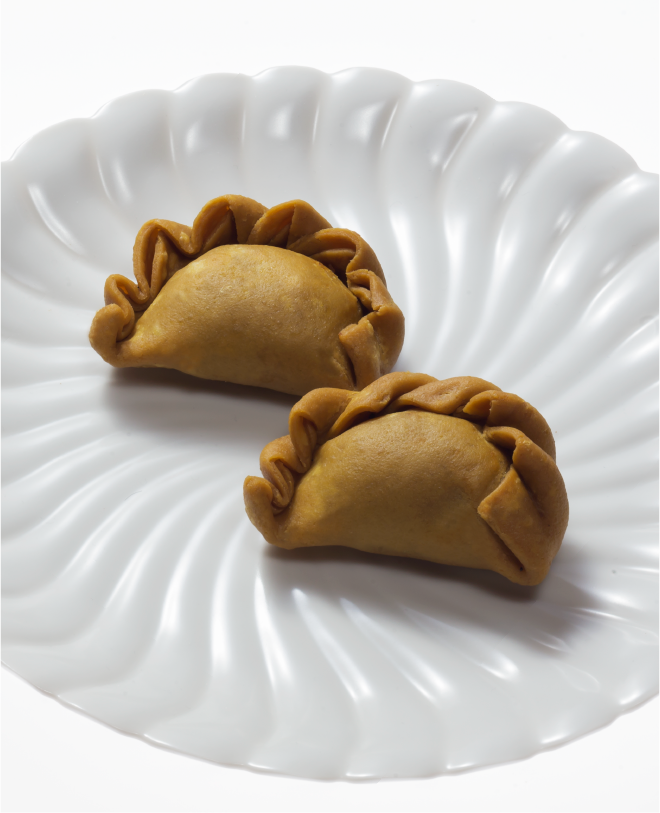 Buto is one of the fourteen Kahei brought from China in the Nara period. It has been mainly used for an offering at shrine festivals and food of the noble and the royal people. Same as “Danki,” it has kept its shape from 1000 years ago.

We pat dough made with rice powder and flour into a disk and put “Tsubu-an” (adzuki bean paste) on it. Then we fold the dough in half and make it a Kabuto (Samurai helmet) shape and deep-fry with high quality sesame oil.

When the Tou-gashi was brought, it was seasoned with herbs, Kanzou and Amadzura. Kameyakiyonaga made it lightly sweetened and kept the Buto shape of the old days. 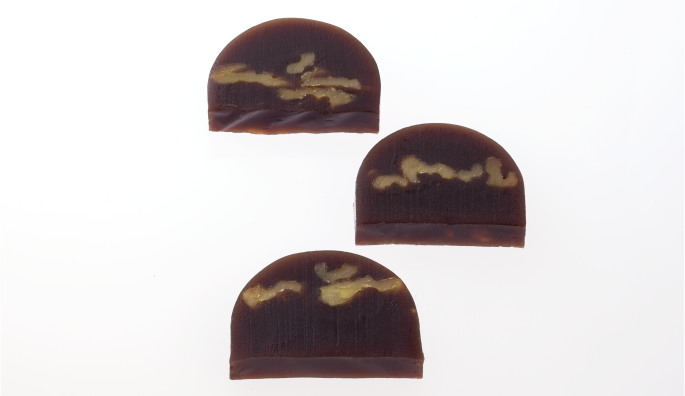 A "Youkan" made from brown sugar and walnuts. The name "Tsukikage" means moonlight and comes from a famous poem written by a holy priest, Honen. 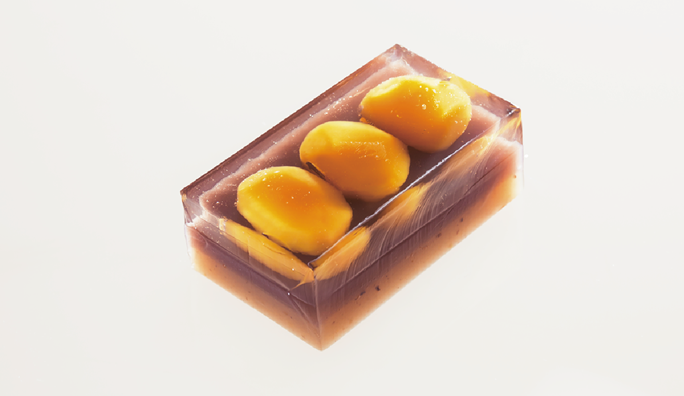 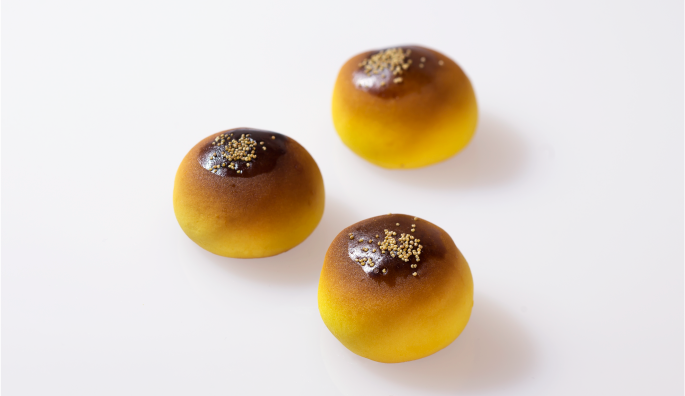 Cute rounded bite-sized baked treat made with Momoyama (dough made with white adzuki bean pastes and sugar). Chestnut paste is inside. 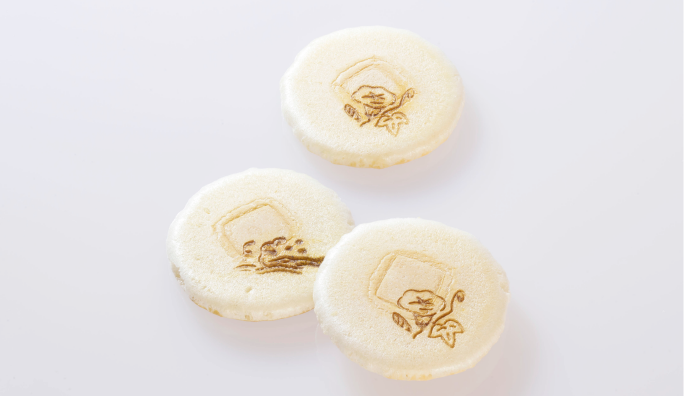 Fu-no-yaki, as referred to by Hideyoshi Toyotomi (Shogun in 16th century), was used for his big tea ceremony in Kitano. This product is made in Kameyakiyonaga’s style and has two types of flavors: soy sauce and brown sugar. 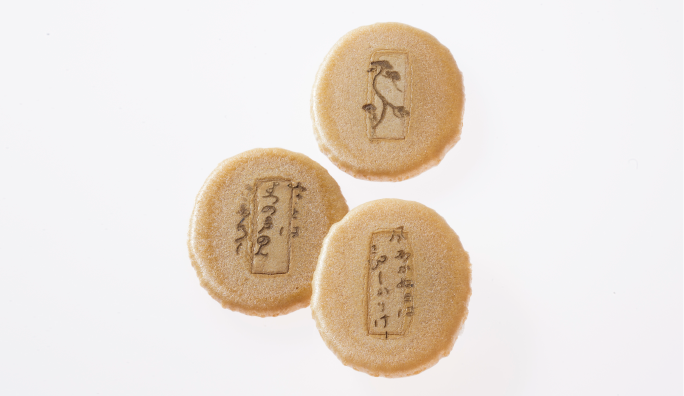 Delicious and aromatic Miso flavored Senbei with Wasanbon sugar syrup. A poem by the beautiful and intelligent tanka poet, Rengetsuni, is printed on the face. 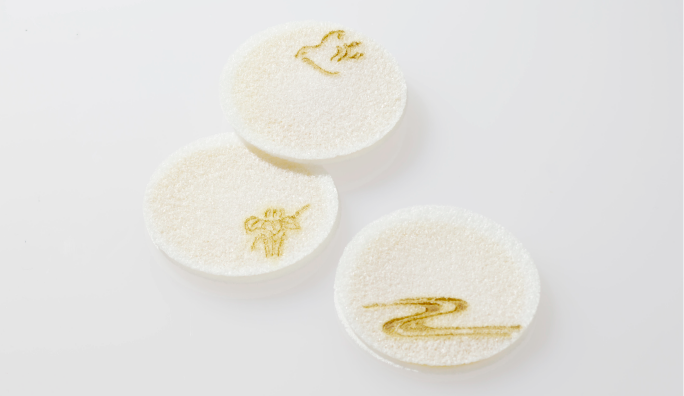 In "Wasanbon"(refined Japanese sugar),Daitokuji Temple Natto is contained.You can enjoy a faint and elegant flavor.